Trending
What is professional coaching and how it works
What does it mean for him to grab...
The Best Places to Travel in October You...
11 tips, how to caress a man during...
What is the advantage of speaking alone? The...
The Can’t-miss Sights in 20 National Parks Across...
How to Get Microsoft New PC Manager App.
Why you shouldn’t work from bed (and a...
How to Stay Safe While Traveling To Foreign...
Is refillable packaging the answer to the beauty...
Home Wiki News Football: Chelsea appoints Thomas Tuchel as manager following Lampard sacking
Wiki News 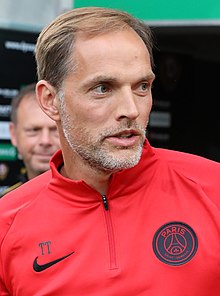 In a statement, Tuchel said “I cannot wait to meet my new team and compete in the most exciting league in football. I am grateful to be part of the Chelsea family”. Right after his appointment, Chelsea faced Wolverhampton Wanderers, which ended in a 0–0 draw.

Although Tuchel has to self-quarantine for five days on entering the UK, the English Football Association granted him an exception to attend matches as well as the training sessions, if the German was tested negative for COVID-19 before entering the country.

Lampard was sacked the day before due a decline in form in the league. At the time of Lampard’s sacking, Chelsea were ninth in the Premier League, winning only two of the last eight matches.

Tuchel signed an 18-month contract with option for an additional year.

Web and SEO admin at MagDIGIT.com

What is professional coaching and how it works

The India budget 2021 updates and comments from leaders

Jeff Bezos to step down as Amazon CEO...

The India budget 2021 updates and comments from...

This website uses cookies to improve your experience. We'll assume you're ok with this, but you can opt-out if you wish. Accept Read More